Illustration for the book Nem Tudo o Que Brilha é Ouro (Not All That Glitters is Gold) at the invitation of André Santos. The illustration shows part of the word “Austerity”, which first two letters “Au” are the chemical symbol of gold, and also the first two letters of the Goldman Sachs logo making a strong link between financial speculation markets and the global crisis that started in 2008. The golden stone is a street lime stone often used as a weapon in riots. The book is printed in golden ink silkscreened over black paper. 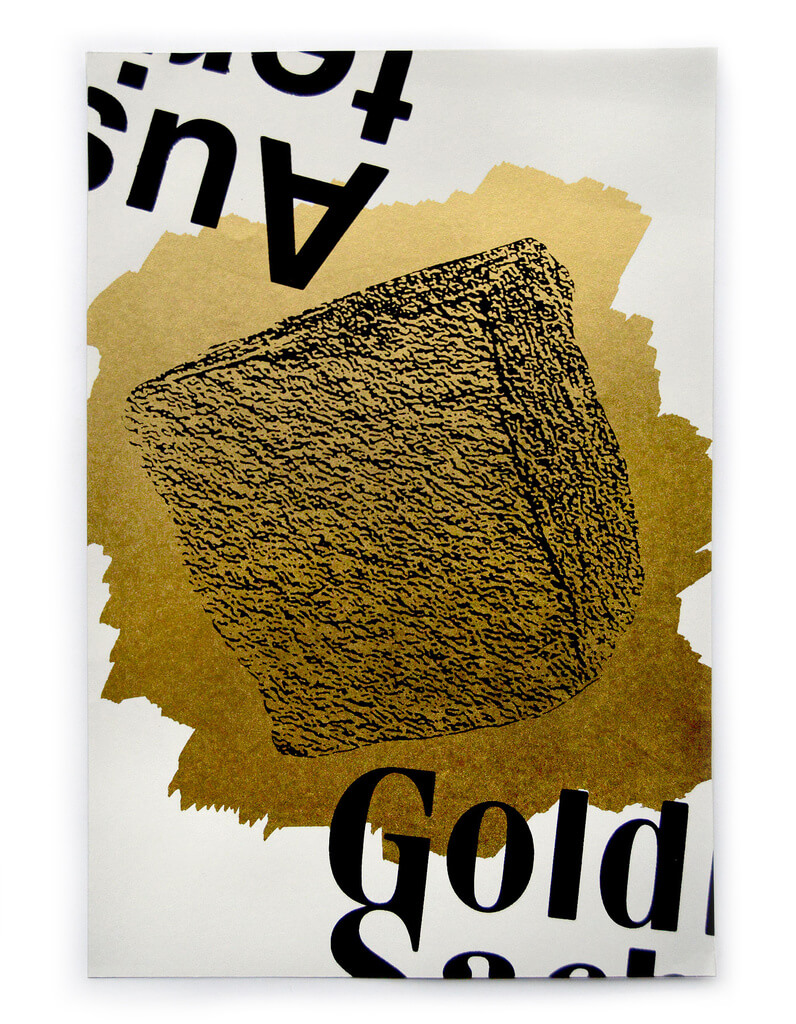